Imagine a parallel universe in which Tim Duncan was the most popular player in the NBA. The streets would be dotted with black No. 21 Spurs jerseys, sportscasters would refer to him, shorthand, as "T-Dunc" or "Tim-peccable"; a sports drink would pump the jingle, "I Want to Get to the Rim like Tim!" and, across the gyms and blacktops of America, teenagers would catch the ball on the left block, mechanically turn, fire up a bank shot and then yell, "I just went TD on your ass!" He would have his own best-selling highlight video (Come Jump Hook With Me), nappy half-beards would be the rage and, instead of sticking out their tongues, youngsters would mimic the Duncan Blank Stare after made baskets.

But, of course, that is not the case. Rather, Duncan is referred to as a 'superstar' primarily by the few companies that he does represent, a not-so-klieg-light coalition of the ad community that includes H-E-B stores (Don't know what that means? You're not alone -- it's a grocery store chain in Texas and Mexico.), a video game called "Backyard Basketball" and forever-destined-to-be-a-soccer-company-or-a-dirty-acronym Adidas. Some commentators, especially those named "Skip Bayless," argue that Duncan is not a superstar because he is not exciting to watch. This very Web site, back in 2003, wrote a story called "Sports' Most Boring Superstars," in which the author listed the 'most yawn-inducing superstars' and put Duncan at the top, writing that his "Claim to Lame," is that "we'd rather have Shaq over for dinner." (Duncan, who has a dry sense of humor when he shows it, once said of his famously bland quotes, ""Wasn't I on SI.com's all-boring team? I'm at the top of my game, baby!")

Regardless, there is no disputing that Duncan is less visible, and less popular, than most NBA stars. Despite being a two-time league MVP, owner of two championship rings, and an all-the-time, All-NBA selection, he was eclipsed in popularity in the span of one season by Carmelo Anthony and LeBron James when the duo entered the league, and he will never be as recognizable a star as Magic Johnson, Michael Jordan or Allen Iverson.

Let's start with the obvious. He's not American, or at least not mainland American (he was born in the Virgin Islands); he plays in a small market; he plays the least-flashy position in the NBA (calling him what he really is, a center); he shows no emotion on the court or with the press -- "a paragon of anticharisma," as S.L. Price called him in a laudatory SI Sportsman of the Year feature in '03 -- and he doesn't make highlight-worthy plays, at least as judged by the arbiters of such worthiness, those tape-winders at sports networks.

Of course, this is exactly why many basketball aficionados love Duncan. He functions as a filter of sorts; if you are a true fan, you will appreciate the soundness of his game and find the beauty in his bank shot, his drop step, the way he rarely leaves his feet on defense. He is the anti-Vinsanity. New Jersey's Vince Carter is a player whose attributes are so wildly obvious, and acrobatic, that his myriad deficiencies are harder to spot to the novice fan. More than that, a player such as Vince -- a perennial vote-leader in the All-Star balloting -- is good at the things that are easiest for a casual fan to spot: dunking, making crazy shots and, well, jumping really high. If Carter is the wine cooler of the league, all sweetness and bubbles, palatable to even a 16-year-old, then Duncan is the aged Cabernet. You may not appreciate him at first, but, once your taste is refined, you understand what you were missing.

Still, there is another, simpler reason why Duncan is not more popular: He doesn't want to be. That's why he offers up meaningless quotes in a monotone voice, why he turns down offers to be on magazine covers flexing his bicep, why he is perfectly happy with the fact that you may know nothing, or next to nothing, about his family and his personal life. Think about it: He's one of the best, if not the best, player in the NBA, he's winning championships, he's getting paid like a Sultan and he's playing for the best organization in the league. What is another $10 million in endorsements going to do for his life? How are more screaming fans going to make him happier? Why in the world would he want to be a superstar, if what we really mean by that -- and by 'we' I mean the media and the fans -- is a marketable superstar? It may seem unlikely in celebrity-saturated America, but Duncan is opting out of the culture of idolatry. And, in spite of his superior skills, that may be the most remarkable thing about him. 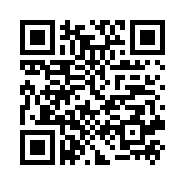